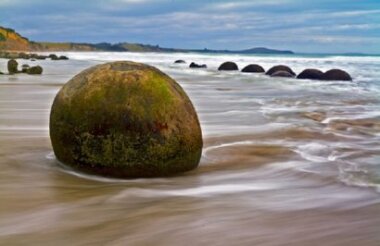 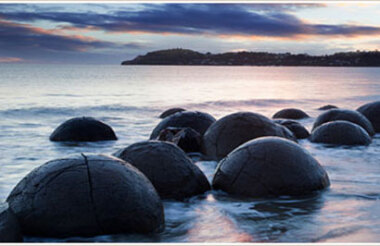 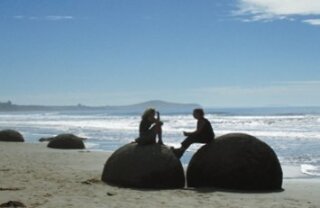 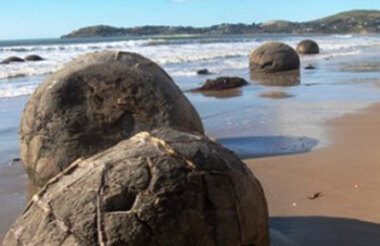 The Moeraki Boulders can be found along a short access road, signposted to the coast, around 21 kilometres north of the town of Palmerston and just north of the small and beautiful township of Moeraki. These large spherical stones are scattered along the beach and were formed over 60 million years ago. Some of the stones have been found to contain dinosaur bones and in some cases complete skeletons of extinct marine reptiles. Some stones weigh over 2 tonnes and are over 2 metres in diameter. Maori legend tells that they were the food baskets of a wrecked ancestral canoe.
Entry is just a $2 coin donation which you pop in the donation box as you enter.